Skip to main content
The University of New Mexico

The Utton Center Welcomes John Fleck as Writer in Residence 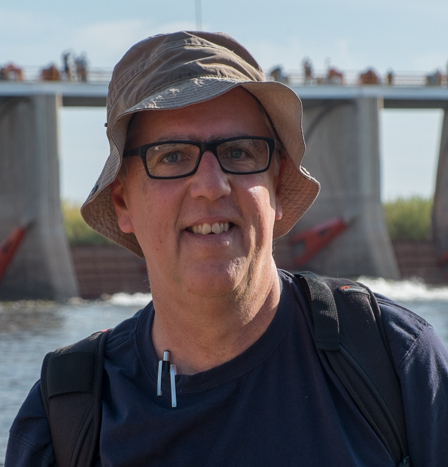 John Fleck, a longtime western water journalist-turned academic, has joined the Utton Center as its Writer in Residence.

The appointment brings Fleck's years of experience studying and writing about the Colorado River to Utton's work on water and natural resource management in New Mexico and western North America. "I've been hanging around Utton for years because of the great work the center does on water issues," Fleck said. "It's nice to have keys to an office and library privileges, along with the chance to hang out and talk and write about water."

Fleck, who also holds an appointment as Professor of Practice in Water Policy and Governance in UNM's Department of Economics, comes to Utton after five years as director of the University of New Mexico Water Resources Program, where he continues to teach and advise graduate students. "Working with the Water Resources Program's grad students - the future water managers of the West - is one of the most rewarding things I've ever done," Fleck said. "I'm delighted that my appointment at the Utton Center will allow me to continue with that work."

The first, the critically acclaimed 2016 Water is Fighting Over and Other Myths about Water and the West, told stories of how, in the midst of the challenges of declining flows on the Colorado River, communities were coming together to adapt to using less water. Fleck argued that, despite narratives of tragedy and doom, the West's water problems could be gracefully solved.

The second, the 2019 Science Be Dammed: How Ignoring Inconvenient Science Drained the Colorado River, co-written with Eric Kuhn, was a revisionist history of the oft-told narratives of how the Colorado River Basin, and the West in general, got into the mess it is in. Kuhn and Fleck have continued to elaborate on the book's themes a series of working papers exploring the details of the legal structures for managing the Colorado River in light of the problems their book identified.

Before joining UNM and turning to writing books, Fleck spent 25 years as a science journalist for the Albuquerque Journal, where he covered climate and water. He began writing about water in the 1980s as a newspaper reporter in Southern California.

Fleck is currently collaborating with Robert Berrens, UNM economics professor and also a former Water Resources Program Director, on Ribbons of Green: The Rio Grande and the Making of a Modern American City, a book about the history of Albuquerque's relationship with its beloved river, to be published by the University of New Mexico Press.

"John's work on Colorado River issues is incredibly important," said Utton Center Director Adrian Oglesby. "We're happy to be able to support it, and to help bring his contributions to our challenges here on the Rio Grande."